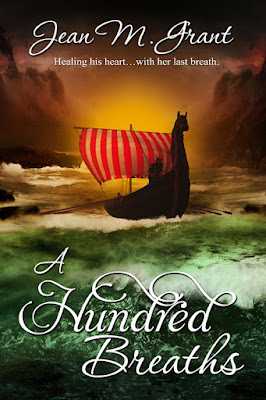 Simon MacCoinneach’s vengeance runs deep. The blade is the only way to end the blood-thirsty Nordmen’s reign upon Scottish soil. His soul might be lost, but the mystical Healer he kidnaps from the isles could be the answer for his ailing mother…and his heart.

Isles-born Gwyn reluctantly agrees to a marriage alliance with this heathen Scot in return for the sanctuary of her younger brother from her abusive Norse father. Her brother’s condition is beyond the scope of her Ancient power, for larger healings steal breaths of life from her own body.

As Simon and Gwyn fight to outwit her madman father and a resentful Norse betrothed, Gwyn softens Simon’s heart with each merciful touch. Gwyn’s Seer sister foresees a bloody battle—and an end to the Nordmen—but Simon will also die. Will Gwyn save Simon on the battlefield even if it means losing her last breath?

EXCERPT
“I’m your wife, and still I am guarded?”

Simon shrugged though she couldn’t see. He’d given up on excuses. “What must I do to prove I won’t flee? I signed your marriage contract. I said my vows.” Her voice broke on those words.

Was she crying? He laid the tray of food on her table and approached. He didn’t touch her, as much as he wanted to link his arm within hers as they’d done during their walks. He reached inside his ganache and withdrew her small, simple dagger. Unadorned with jewels or carvings, it possessed a bone hilt and a blade worn from use. Likely from tree limbs, flowers, and household use. His smith had sharpened it and cleaned the hilt.

“Here,” he said, placing it in her lap. Gildy had retrieved the sheath from Gwyn’s laundered gown.

Gwyn stared at it, her fingertips dancing butterfly wings hovering over the hilt. After a moment, she drew her hand around it and pulled it from its leather sheath. She rose and whirled on him, the dagger pointed out before her, barely pressing into his chest.

He didn’t retreat as he met her fiery, misty gaze.

She made no move to remove the dagger’s tip.

“A smidge to the center, Gwyn, and you’ll be square over my blackened heart.” He held her glower. The heat blazed in her entrancing blue eyes like the devil. He fought a smile.

AN INTERVIEW WITH JEAN
-What inspired you to become a writer?

I love telling stories, especially those with happier endings. Though not all stories in real life end happily, some of us are dreamers and escapists and prefer to read stories with hope and redemption. I’ve been writing since my teens (beginning with poetry), and for about twenty years while riding the life roller coaster of work and parenting, I’ve honed the craft. My mother was also an artist and poet, and she inspired me. Though she never got to read any of my published work, she read some of my early practice novels.

Seeing as there was much war, bloodshed, and disease, I might journey to one of the quieter isles and hang out with the merciful Ancients. I’d avoid the strife and soak in the beauty of the land. I did get to visit Scotland a few years ago and it was quite an adventure! I’m a hiker and travel-lover, so I’d want to visit some hard to get to places—and avoid any contention (Scots seeking revenge, Norse exploiting another culture, and any kind of battle) at all costs!

Two in the morning? Why aren’t we sleeping? For this morning bird, night is a time for sleep! Aye, okay, so what would they tell me? It depends on who it is. I’m pretty sure if it’s Simon, he’d divulge some deep fears he has tied to a tormented past that has burrowed itself deep into his soul. He yearns for forgiveness and to feel mercy again. All he does is kill, hoping to calm the vengeful beast within him. His soul aches. If it was Gwyn, we’d probably have an enlightening conversation about the grand meaning of life, the stories of the Silver Folk, or Ancients, who harness the powers of earth, fire, water, and wind. And we’d talk about healing and compassion. Then we’d plan a morning excursion to collect some herbs for her remedies.

I’m more of a coffee and tea drinker, so I’d likely hang out with Gwyn and the ladies of her isles’ Ancient family. They are herbal-infusion drinkers, love to read and write and learn, while hanging in their gardens to grind some herbal remedies to heal the sick. I’m not sure I can hold my own against the whisky-drinking Scots, like Simon, nor the bog myrtle-ale drinking Norse warriors. While I’m at it, I think us tea-drinking ladies might enjoy a lovely walk among the peaceful Dryburgh Abbey grounds with the monks who chant and write all day.

I’d tell him/her that fighting is not in my blood. Let’s hang out and have a drink or two instead. Though my drink would be coffee. I can whip up a wicked latte or espresso beverage!

Though I love to read across genres, I think I would struggle most with writing a believable thriller or mystery. I’ve read some that are really twisted and unpredictable, but I’m afraid I would just be too predictable. The who-dunnits that leave you guessing are the best! I do love some twists in my stories, but to write a thriller/suspense/mystery that is top-notch, that takes some special talent! I’ll stick to emotionally wounded protagonists on soul-searching journeys in my romances and women’s fiction novels. 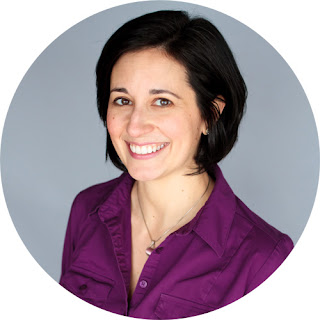 Jean’s background is in science and she draws from her interests in history, nature, and her family for inspiration. She writes historical and contemporary romances and women’s fiction. She also writes articles for family-oriented travel magazines. When she’s not writing or chasing children, she enjoys tending to her flower gardens, hiking, and doing just about anything in the outdoors.

Jean M. Grant will be awarding a $20 Amazon or Barnes and Noble GC to a randomly drawn winner via rafflecopter during the tour.