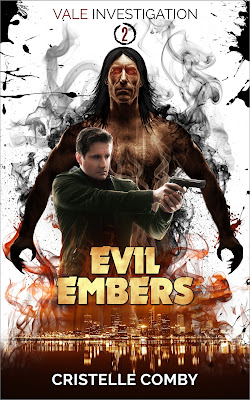 After narrowly preventing the destruction of Cold City, PI Bellamy Vale needs a rest. Or rather, he needs a plain and simple vanilla case—no monsters or otherworldly creatures involved!

When foreign businessman Eli Smith shows up at his doorstep with a thick wallet and a request to find his missing sister, Vale doesn’t think twice before agreeing.

If he’d known body-hopping demons and smoke monsters came attached to this job, however, he might have.

EXCERPT
The door slammed shut as something grabbed at me. And by “grabbed”, I mean “lifted me off the ground and rammed me into the nearest wall”.

The structure bent under the impact while a nightmare that would have fit in an old-school John Carpenter movie screamed at me. With my gas mask on, I never heard it coming.

Dazed, I glanced up and faced sharp, yellow-tainted teeth. They formed a circular pit of canines, ready to swallow my head whole. I pulled a knife from my boot and slashed the creep at the center of its mass. The fiend’s scream rose an octave as the cold steel struck home.

The creature dumped me back on the floor before dissipating into nothingness.

The attack sucked the air out of my lungs, and I spent the next few minutes coughing through the mask. I felt like kicking myself. I spent my first week here carving wards around the entire six-block area before going in for the first time. I should have known better than to cut one on this house’s front door and move on. I forgot the back door. That mistake left that damned poltergeist way too much room to attack.

The monster du jour was a ghost, an escapee from the realm of death—the Underworld, Hell, or whatever else you call the place people go to once they’re done with life. From what I knew, not everyone turns Casper in their afterlife. However, those who do become near-mindless creatures stuck in their own plane of existence. When they make it to our side of the border, they turn into full ectoplasmic savages.

The dead guy I stepped over near the open back doorway was proof enough of that. What was once an engineer working for the city now had his chest cavity cut down to the bone and his head severed from his body. Blood splatters all but drowned out the muted yellow of his shredded biohazard suit. Judging from the angle of what remained of his corpse, he was trying to flee the house when the poltergeist got him.

“Dammit,” I muttered as I tightened the straps on my gas mask. Whoever this engineer was, I was pretty sure he didn’t come in here alone, which meant I may have to explain what a six-foot PI in a surplus army jacket, a gas mask right out of the First World War and second-to-thirdhand leather gloves was doing in an area strictly reserved for city workers and engineers. 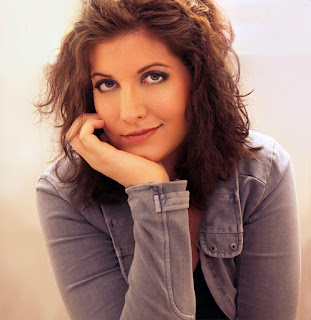 Cristelle Comby was born and raised in the French-speaking area of Switzerland, on the shores of Lake Geneva, where she still resides.

She attributes to her origins her ever-peaceful nature and her undying love for chocolate. She has a passion for art, which also includes an interest in drawing and acting.

She is the author of the Neve & Egan Cases series, which features an unlikely duo of private detectives in London: Ashford Egan, a blind History professor, and Alexandra Neve, one of his students.

Currently, she is hard at work on her Urban Fantasy series Vale Investigation which chronicles the exploits of Death’s only envoy on Earth, PI Bellamy Vale, in the fictitious town of Cold City, USA.

One randomly chosen winner via rafflecopter will win a $50 Amazon/BN.com gift card.