THE SECRET LIVES OF ROYALS by Shalini Dua

THE SECRET LIVES OF ROYALS by Shalini Dua 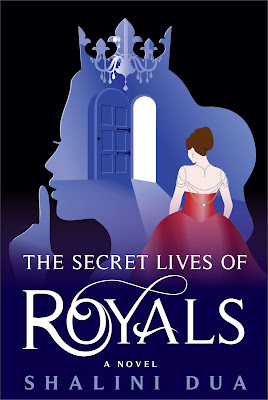 Olivia can’t take it anymore. She’s had enough of the big city and it’s lack of fulfilling her dreams. Then, just when she’s about to give up and move home, out of the blue, she is offered her dream job. Olivia is suspicious but that could just be the New York in her. She decides not to pull at threads. Despite her best efforts to remain blissfully oblivious, the secret to her life upgrade is soon uncovered when she finds herself invited to be part of a secret society.

Olivia learns that there is a thin curtain separating our world from theirs. Just beneath the surface, an entirely different one exists. One that is controlled by those of Royal lineage. The chosen ones, the Royals, hold the fate of the world in their hands. Will Olivia be able to bear the weight of the crown?

Confessions of a Shopaholic meets The Adjustment Bureau, this contemporary fairytale is both relatable and aspirational. Taking a look at the current balance of media and power with a healthy dose of humor, fashion, food and wanderlust.

EXCERPT
Connor cleans up nicely in dark jeans, a black blazer paired with a white shirt and, shockingly for him, no tie. He’s shaved for the occasion to reveal perfect skin that appears baby smooth. I want to reach out and touch it to see if it’s as soft as it seems, but I resist. Actually, Connor is hot. If you like that smolderingly handsome type. It’s so annoying because he is such a difficult person. I try to ignore the attractiveness because I find his personality extremely abrasive, but I’m being nice because I need to follow his lead and learn as much as I can about what it is exactly that we do.

“Shall we?” asks Connor, offering me his arm in an annoyingly chivalrous move, one he will soon live to regret. I begrudgingly take it, discomfited by the fact that he can be equally charming and exasperating and that I never quite know which to expect.

“A host shows us to our seats and we meet our dining companions. One I recognize as Gloria, the daytime TV talk show host with the ability to change anyone’s life with a wave of her hand, and an army of assistants; and the other is some sort of political big-wig whom I don’t recognize at all. Gloria air kisses all of us and promptly decides Connor and I are a couple.

“Young love is soooooo sweet. I just love it! Don’t you just love it? I could eat you both up,” she exclaims until Connor can’t take it anymore and cuts her off.”

“We’re not together,” he informs her brusquely. There’s a beat of silence as Connor’s tone kills the conversation.

“We’re colleagues,” I helpfully add to try to soften the atmosphere, “at Le Salon.” Gloria seems shocked, and not just a little offended, momentarily silenced in what I’m sure is a very rare occurrence for her. Although, whether it’s because no one has ever cut her off before or by the way Connor seems so hostile about the fact that we are not together is not clear. I, too, do not care for Connor’s tone. To ease the tension and to bug Connor, I give her a women-in-cahoots smile and tell her, “We’re on a break,” and add in hushed tones, “Connor isn’t taking it well but since we work together, we both got roped into attending this event.” That explanation seems to satisfactorily explain Connor’s behavior and Gloria moves on to more pressing matters.

“Oh men! Who makes your dress, darling? It’s to die for!” Sophia has not briefed me on my outfit. I must remind her about that next time. I’m not clear if she works for me or vice versa and what, if any, authority I have over her, so I decide I’ll just be super nice about it but firm. My new strategy is fake it till you make it because, well, I’m not exactly sure what else to do.

“I was styled by Sophia Garcia,” I respond and leave it at that.

Gloria and Senator Broughton, as I learn, know each other from various events. They exchange pleasantries about their families, lives and pets before Gloria gets bored and turns her attention back to Connor and me.

“Tell me about your story, honey.” She seems really fascinated by ‘our story,’ which I suppose makes sense as that is what she does for a living and it’s probably hard to turn off. And I, encouraged by my first glass of wine on a relatively empty stomach, get a bit carried away and keep fabricating details.

“Well, we met in a Starbucks when we both ordered the same obscure secret menu drink.” I look fondly over at Connor. “When our fingers touched and our eyes met for the first time, I just knew.” I put my hand on his arm. Connor squirms uncomfortably and goes a bit red. I can’t tell if it’s from anger or embarrassment.

“Oh My God. What happened? You sound perfect for each other!” I wonder if Gloria always thinks she’s being filmed, presenting to a live audience. I sigh.

“We’re on a break. I got hired at Le Salon and Connor couldn’t put his professional life aside for our love.” I dab at my eyes with my napkin for effect. This is fun. Maybe I should try acting, but it’s getting to be a little too much for Connor.

He finally interjects and sort of quietly yells, “We are not together.” At this point, and I’m not sure what prompted this, I burst into full-fledged tears and then, get this, he grows redder still and tries to comfort me, probably because I’m making a scene.

Gloria eats this up, and by the time the first course, a delightful butternut squash and lobster soup spiced just right with hints of cinnamon and red pepper, is served she has become my best girlfriend and protector for the evening, giving me lots of helpful, if generic, relationship advice, like,

“You don’t need a man, darling.” Though, it’s unclear why not. And “You’ll find yourself a better man.” Although, I am pretty convinced I don’t need one at this point, and now I’m confused.

~Buy THE SECRET LIVES OF ROYALS:

REVIEW
As far as fairy tales go, this book hits all the right points. Royalty? Check. Beautiful clothes? Check. Not one, but two, handsome princes? Double check. Toss in a modern-day setting and a long-lost princess who isn’t long-lost for all the usual reasons, and you’ve got quite the setup for a story.

For me, unfortunately, hitting the right points was the thing this book did best. Otherwise, this wasn’t as amazing as I hoped, and I just had a difficult time identifying with Olivia or getting into the story.

My first thought upon completing this book is that it felt inconsistent and paced incorrectly. Olivia, our leading lady, made a big deal out of things that didn’t feel worthy of a deal. On the flip side, things that should have been a deal felt glossed over. In addition, her reaction to any type of stress was to take a few days and do nothing but eat and think about how terrible her life was. You just flew to Europe and back on a private jet, and your life is terrible? Right.

Olivia’s behavior and qualities also seemed inconsistent. She would occasionally ask people to call her by a nickname. The other characters would either agree for a paragraph or completely ignore her, and Olivia would just move on as if the nickname thing really didn’t even matter to her. Later, when she reconnects with her old boyfriend, he calls her by a completely different nickname, which just confused me. As far as qualities go, Olivia makes a few notes about her natural clumsy tendencies. However, she turns out only to be clumsy when the story calls for it, and mystically, she’s very coordinated when drunk. To me, Olivia felt less like her own character and more like a compilation of young adult heroine traits that seem to be popular in the genre.

The pace of the story felt slow. The many stops for the characters to nurse their wounds was the biggest culprit. For the most part, the dialogue was realistic. Just, sometimes, there was too much of it about nothing. The ending left a sort of cliffhanger, but for me, it didn’t work. If there is a sequel to this, it is currently made up of a decision equivalent to “red or green?” I’m not sure why this one piece of information was withheld, but it didn’t hook me to read a next installment.

All in all, this had all the right things, just in the wrong places. I wanted to love this modern story of princesses and castles and the good life, but I’m left without the proverbial stars in my eyes. 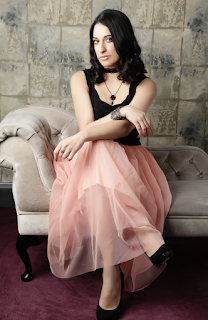 An international upbringing and a love of stories laid the foundation for wanderlust. Shalini aspires to spend her time country-hopping and consuming pop-culture, comedy and good food but the reality is often frantically downing coffee, meeting deadlines at exactly the last second and working her unglamorous corporate job to fund all of the other pursuits.

The Secret Lives of Royals is Shalini’s debut novel. Her other work includes published poetry and scripts only she has read.

Shalini will be awarding a $50 Amazon or B/N GC to a randomly drawn winner via rafflecopter during the tour.