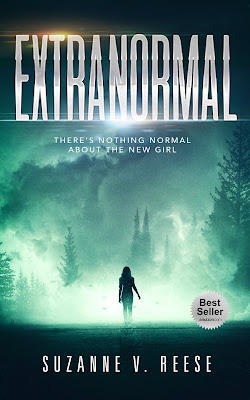 When 17-year old Mira Johns travels from the Planet Nreim to Earth, she wastes no time blowing through a long list of rules, including the requirement that she stay away from the planet’s teenage males. But when it appears that her actions have put her new friends in danger, Mira must figure out who is behind a series of violent attacks before the agency figures out her secret relationship and sends her back home.

They told me it would be easy—just blend in, observe, and keep to myself. They didn't tell me that failure would cost me everything.

Mira Johns is pretty much like any other teenage girl. Which is why it's a shock when she's selected ahead of six hundred other candidates to be the first student ever to travel from the planet Nreim to Earth. Even though she’s only there to observe, she’s given what feels like a million rules that are mostly intended to keep her away from the planet’s primitive males. But after she finds one mysterious boy too irresistible for stupid rules, she realizes they have a connection that transcends their two planets—and puts both their lives in danger. When a series of serious accidents makes it clear that someone wants to force her return, Mira decides her only hope is to uncover the truth to why she, the most mediocre of candidates, was actually chosen for this assignment—before the agency discovers her secret and sends her back home.

EXCERPT
A short time later, however, while entering the classroom to my next period, I gained an appreciation for those rules. I timed my entrance poorly and found myself wedged between two males in the choir room door.

Keddil, my trainer, had warned me about primitive neo-human male pheromones. Repeatedly. I’d thought he was just exaggerating to make sure I kept my distance. Which I definitely would be doing in from now on. I gasped, which filled my mouth with the most offensive odor I’d ever encountered.

I wriggled forward until my shoulders released so I could lunge out of the way. I paused to allow the haze in my head to clear, but I was still too close.

Several females were gathering on the far side of the room, so I hurried in that direction and climbed to the top row, where I plopped myself into the first available seat. A female sat down beside me and smiled, displaying a jumble of metal and pink bands on her teeth. I smiled back but didn’t want to stare, so I turned my attention to the odd parade of bodies entering the room: hair colors and skin tones by the dozens. Spots on one: freckles? Wounds on another…blemishes. No, pimples. Maybe zits?

It was the most beautiful display of diversity I’d ever seen. Even with their flaws, every single neo-human had something distinctive, something that made them who they are. I would have killed for that.

From Suzanne: “Because this is my ten-year cancerversary, I will be donating author proceeds during launch week to cancer research. (The Huntsman Cancer Research program, where 100% of donations go towards research. They are also the center that treated me.)” 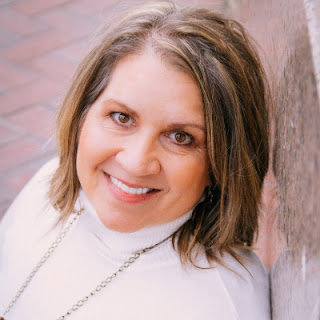 A decade ago, author Suzanne V. Reese had a string of land-mark events—published her first novel, outlined her second novel (while daydreaming in a university science class), graduated from that university, became a grandmother, and then topped it all with a late-stage breast cancer diagnosis.

That second novel, ExtraNormal, YA speculative fiction, became her therapy during a long and difficult treatment program. It was published a few years later with the encouragement of her incredibly supportive friends and family. Despite little marketing, the book quickly became an Amazon best-seller.

Suzanne then made the difficult decision to ensure her long-term existence by focusing on her health rather than continue with the series. Happily, to celebrate her ten-year survival and end-of-treatment mark, she is releasing an updated version of the best-selling novel ExtraNormal, this time to be soon followed by the remaining books in the ExtraNormal Chronicles.

Suzanne has a degree in communications from Utah State University, as well as certifications in nutrition and holistic health. She is the founder of Story Igniters, which offers courses that help readers find their real-life superpowers. She lives with her husband in Draper, Utah, where she enjoys doting on her seven grandchildren.

Suzanne V. Reese will be awarding a $15 Amazon or B/N GC to a randomly drawn winner via rafflecopter during the tour.