A WIZARD'S CHOICE by Maya Tyler

A WIZARD’S CHOICE by Maya Tyler 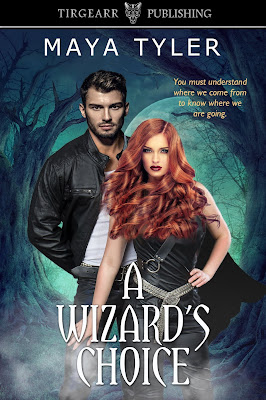 Wizard apprentice Kurtis Warde doesn’t want to become a full-fledged wizard, but he feels obligated to his grandfather who raised him. Making The Choice, whether or not to become a wizard and join The Circle, doesn’t feel like a choice at all. Leaving The Circle would give Kurtis the freedom to follow his own dreams, and to pursue vampiress, Dee, who has always intrigued him. He knows there’s more to Dee than the icy being she portrays, but will she give him a chance to know the real her?

There is unrest in the magical world. Fairies, a magical being thought to be long extinct, still exist. And the long-time feud between wizards and fairies threatens everyone Kurtis cares about, including his life coach, Alina, who has quickly become a close friend. And perhaps more. He discovers his connection to the ancient beings The Annunaki, the ancestors of wizards and fairies, may be key to the future. The more he uncovers, the more questions he has.

Will Kurtis choose to follow his heart or risk sacrificing his own happiness for peace in the magical world?

“I’m in one piece, Kurtis.” Waldor pushed past him to unlock the cottage. “You can quit being a fusspot.”

Kurtis chuckled at Waldor’s mock irritation, unfazed by his grandfather’s gruff ways. They didn’t need to exchange words to know how relieved they both were for the other’s safety.

Waldor filled the kettle and, a moment later, the sound of a cheery whistle blasted from the small kitchen. Kurtis joined Waldor at the table. They sat in silence, wrapping their large hands around mugs of steaming tea.

“The kind of potent brew you need after a night like this to settle your thoughts.”

What do I tell Waldor? Conflicted thoughts swirled around in his brain. Am I really that transparent?

Waldor smiled as if he knew all Kurtis’ secrets. “I know you. I raised you from a little baby.”

“I know.” He scowled, guilt gnawing at the lining in his stomach. How can I tell him? How can I break his heart? Like my father.

Waldor took his time to sip his tea as if waiting for Kurtis to open up.

Will I ever have the courage to leave? He cast a mournful eye around the small cottage, the only home he’d ever known. “Where is my father? Do you know?”

Waldor recoiled, looking like he’d been punched in the gut. “I don’t know.”

What do you know? What are you keeping from me? Kurtis paused before asking his next question, torn between his aversion to causing Waldor pain and desire for finding answers. “Do you know…Who is my mother?”

Something akin to fear, shame perhaps, lurked in Waldor’s eyes. He focused his intense gaze on Kurtis. “Yes.”

~Buy A WIZARD’S CHOICE on Amazon

AN INTERVIEW WITH MAYA
-What inspired you to become a writer?

I always loved reading so writing became a natural extension of that love. I always enjoyed making up characters and assigning them physical and behavioural traits. I dreamed of writing something other readers would find entertaining and meaningful so I became a writer.

I’d definitely want a tour of all my character’s residences. Waldor and Kurtis live in a cottage in Evanston, north of Chicago, with a Spell Laboratory in the basement. Corgan and Marisa live in an opulent, brick U-shaped house in the Park West neighborhood of Chicago that was built as an apartment building in the 1920s. Dresandra lives in the penthouse of a luxury condo building in the Lincoln Park neighborhood with some high-tech security measures.

A wizard apprentice is forbidden to speak to, or in front of, women. Consequently, Kurtis is a virgin.

Definitely Marisa, my writer from A Vampire’s Tale, as I think we’d have the most in common. Better make it a decaf coffee, though, Marisa’s pregnant.

I’m not much for physical violence, personally. So, I’d turn it into a battle of wits like Vizzini versus the Man in Black in The Princess Bride. Except my battle of wits would involve a strategy board game…maybe Catan or Carcassonne…

I’d never write anything in the horror genre. It’s also a genre I never read. I’ve never liked watching scary movies. They give me nightmares. For years. And, I imagine, writing a horror story, which I would envision in my mind like a movie, would also terrify me. 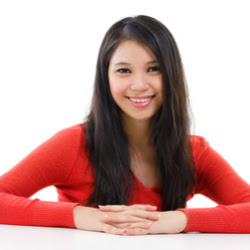 Maya Tyler is a multi-published author of paranormal romance novels and blogger at Maya’s Musings. An avid reader, Maya writes the books she loves to read—romances! She still believes that “True Love's Kiss” is the most powerful thing in the world. Her paranormal romances come with complex plot twists and happily-ever-afters.

When she’s not writing, she enjoys reading, listening to music (alternative rock, especially from the 1990s), practicing yoga, and watching movies and TV.

Maya loves to hear from fellow authors and readers! Please connect with her through social media (see links below) or the contact form on her website.

Maya Tyler will be awarding a $25 Amazon/BN GC to a randomly drawn winner via rafflecopter during the tour.