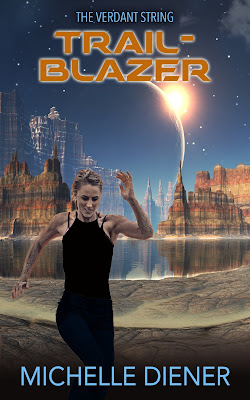 And if they get off-planet alive, she'll have to trust he won't reveal her darkest secret.

Tally Riva is not what she seems, and even she's not happy about it. Infected, invaded, she's not quite sure how to describe it, but on a disastrous mission to a ghost ship, something burrowed its way into her body. Into her mind.

When her commander decides the best cure for what he thinks is Tally's trauma is to send her on the famous Veltos Trail, Tally goes without revealing what's really behind her mental anguish. Anything to be seen as normal again, anything to ignore what she's afraid is happening to her.

But Veltos isn't the safe place it seems. The chosen military personnel lucky enough to be offered the chance to walk the Trail are supposed to be the only people on Veltos. But Ben Guthrie, a captain in Arkhoran Special Forces, knows they're not. He and his team have been on Veltos for a month already, tracking suspicious enemy activity, and he's gone undercover on the Trail in search of a satellite his superiors are sure has been shot down.

When Ben's worst fears become reality, and they find themselves hunted by a cunning enemy through the thick forests of Veltos, Tally and Ben fight together to survive. And Tally has to decide if accepting the changes inside her will save them both, or be her doom.

EXCERPT
It had occurred to her more than once that this ship was very much to her own proportions. That everything she'd found was built for hands like hers.

Could this be a lost Verdant String ship, from before the eight planets of the Verdant String had found each other? From those first centuries of space exploration?

Or even--her mind reeled at the implications--from another Verdant String planet, one they had yet to find?

Whatever it was, it was a major historical find.

She reached the halfway point across the walkway, and looked over the other side. It was more of the same, although there was also tanks that looked as if they'd once held liquid, now long dried up.

She shivered, her sense of isolation and insignificance seemed amplified in this massive space, and she moved a little faster as she headed for the other side of the walkway.

A door blocked her way. She stepped close to it, but it didn't open automatically. She looked around for a button or handle, but there was nothing except a screen attached to one side.

She hesitated, then touched it, and it flickered on, an outline of a hand showing in pale gray.

A hand exactly the shape of her own. Cautiously, she pressed her palm against it, and with a gasp that startled her, the door slid to one side.

She stepped into the room, and knew immediately it was the bridge, the center of the ship.

She lifted the light, but there was nothing in here, just chairs and machines. There was one light, throbbing a dull red rather than glowing, and she walked up to it. She couldn't understand the label written above it, but she accepted what she was going to do.

She pressed the button. 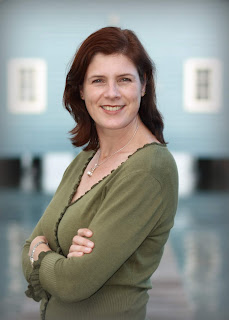 Michelle Diener writes historical fiction, fantasy and science fiction. Having worked in publishing and IT, she’s now very happy crafting new worlds and interesting characters and wondering which part of the world she can travel to next.

Michelle was born in London, grew up in South Africa and currently lives in Australia with her husband and children. When she’s not writing, or driving her kids from activity to activity, you can find her at her website, or online at Twitter and Facebook.

Michelle Diener will be awarding a $25 Amazon or B/N GC to a randomly drawn winner via rafflecopter during the tour.