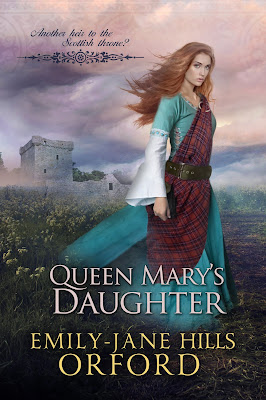 There are so many possibilities that affect the course of history. One change, one small item overlooked, can make a world of difference, not only in a person's life, but in the history and well-being of an entire nation. And then there are those multiple scenarios of what if? What if King James VI of Scotland didn't succeed in amalgamating Scotland with England? What if there had been another heir to the throne of Scotland? One who would secure its independence? Would Scotland have remained free and independent and a nation of its own well into the twenty-first century? And would Scotland, this independent version, make its own decision to join the European Union when its southern neighbor was choosing to pull away?

"Queen Mary's Daughter" presents another plausible timeline, one that incorporates both historical fact and fiction with the endless possibilities of time travel.”

EXCERPT
As the wind picked up, blowing her deep red, unruly curls helter-skelter over her face, Mary Elizabeth’s eyes focused on her hands. She stretched out the left hand, revealing the old ring that sat on her baby finger. It was a tiny ring and it only fit on the one finger. At the same time Gran bestowed the heirloom gift on her granddaughter, she had shared her story of the ring, at least as much as she was willing to share. The ring had been in the family for generations and only the firstborn daughter of the firstborn daughter (and so on and so on) could wear it. The ring was her connection to a past she wasn’t sure she believed in, a past that had been shared from one generation to the next. Or was there more? Was there a story her grandmother never managed to share?

What would she find at Loch Leven Castle? The clues had to be there. But the boy said it was mostly ruins, crumbled walls and tumbled stones, except for the tower. Queen Mary’s tower. What could she possibly unearth to collaborate Gran’s story? And she only had two weeks to do it. She couldn’t afford more time away from work. Even though it was a poorly paid entry level job, she didn’t want to risk losing it.

A glow emanated from the ring on her outstretched hand. She felt a warmth spread up her arms. The wind picked up, violently tossing her hair in every direction, swishing her coat ends like laundry hanging loosely on a clothesline. She faced into the wind, allowing its vicious impact to draw her forward. She took a step, then another, until she felt the cold wet of the lapping waves of the loch splash over her feet. The water was cold; it jolted her back to reality. What was she doing walking into the loch? What was the strong pulse pulling her forward? She allowed her eyes to glance out across the loch, now almost obliterated by the darkened storm that raged all around her.

“Miss.” She heard a voice from behind her as the power continued to drag her into the loch.

“Miss!” A hand gripped her arm, yanking her back toward the dry shore. “Miss!” The hands tightened their hold as she tried to pull away, tried to return to the loch. A scream pierced the air. She didn’t know where the scream originated. It sounded like it came from across the water.

It also sounded like it came from deep within herself.

Another scream and everything went black.

AN INTERVIEW WITH EMILY-JANE
-What inspired you to become a writer?

A vivid imagination (as my grandmother called it) and the gift of the gab (also my grandmother’s words). My family was full of storytellers. Gran especially. I wanted to carry on that tradition, only I wanted my stories to be written down as well as shared.

I would spend time with Marie de Guise, the mother of Mary Queen of Scots, grandmother of the main character, Mary Elizabeth. I fashioned this grandmotherly figure after my grandmother (Gran): smart, bright, full of life and full of stories. It’s been over twenty years since Gran passed away, but not a day goes by when I don’t think of her and find a way to place her in one of my stories. She always said we’d soon forget her once she passed away. I’ve proven her wrong. But that was the only thing she was wrong about (to my knowledge, anyway). What would we do? I’d make a grand Scottish meal: Scotch meat pie, Scotch eggs, and the age-old family recipe for pure Scottish shortbread. Oh yes! And we’d have to have some scones as well, perhaps potato scones. With tea. And we’d chat. Share stories and let our imaginations run wild. It would remind me of Gran.

Mary Elizabeth would probably say something like, “I have secrets in my past which are really way in the future.”

First, I wouldn’t go into a tavern. Secondly, being meek and mild and non-confrontational (my mother always called me a peacekeeper), I would probably stand up and walk away. 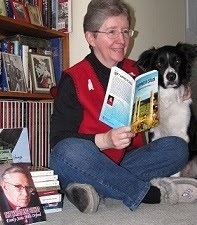 Emily-Jane Hills Orford will be awarding a $10 Amazon or Barnes and Noble GC to a randomly drawn winner via rafflecopter during the tour.