Raw Dog Screaming Press has designated 2014 as The Year of the Reader, a time for us to celebrate the audience. We will be doing reader spotlights and special events throughout the year, as well as launching a Reader's Choice Award. More info here. 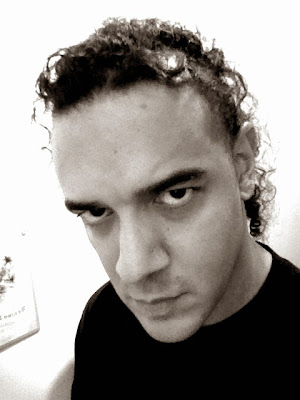 As a lover of the written word I have been blessed with abnormally good luck. In early 2001, as I transitioned from screenwriting and freelance articles into fiction and poetry, I fell into a rarity: I managed to attend an academic conference dedicated not only to one author, not only to a living author, but to my favorite author. This is how I got to meet Chuck Palahniuk and obtain an analytic grasp on all facets of the philosophy and technical minimalism used in creating such novels as Fight Club. A few years later there was a limited opportunity for readers to correspond with Palahniuk, and during that limited window he was very encouraging not just about my own writing and publishing efforts, but about life and general. Just last year one of the idols of my teen years, Nivek Ogre of Skinny Puppy, did an unexpected and lengthy shout out video for me at a horror convention I was not even attending. His influence on the development of my overall worldview and my use of language--particularly as regards a stream of consciousness approach--cannot be overstated. Together these two artists defined the courtesy, generosity, and openness with which I strive to operate as an author myself. 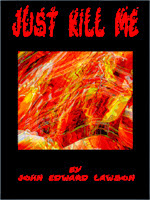 I am fortunate to say readers around the world have provided me the opportunity to attempt doing so. Ten years ago a fellow by the name of Wayne appeared at multiple conventions bearing very nicely printed and bound full color copies of my utterly obscure eBooks, asking me to sign them. This is back in the time when eBooks weren't a real thing yet, and the best you could hope for was a PDF. I didn't even have printed copies of the final layout with covers! Wayne rocked. While my work has remained obscure in other areas as well…there have been many authors who remind me writers are also voracious readers by way of informing me their work has been influenced by my own. It seems I am a writer who writes for other writers, and it is an honor to have such a knowledgeable audience. An author named Royce Icon even made a short film based on my first poetry collection, The Scars are Complimentary, a decade ago. That really took me by surprise! There have fortunately also been some who are strictly readers to contact me and profess their admiration for my writing. Not too long ago one such wonderful person down in Texas informed me that I rank among their three favorite authors alongside Clive Barker and Neil Gaiman. Staying active on social media gives me the chance to interact with people who are reading my work from Japan to England to Brazil and so forth. 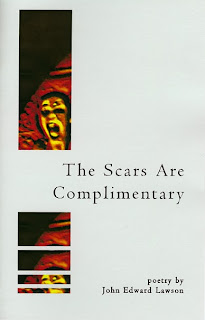 Thank you, Mary, for allowing me the platform to discuss these fond memories!

ABOUT JOHN
John Edward Lawson has been referred to as "the forgotten black man of horror," but he also regularly publishes literary and science fiction. His novels, short fiction, and poetry have garnered nominations for the Dwarf Stars Award, Pushcart Prize, Rhysling Award, Stoker Award, and Wonderland Award. You can spy on him at johnlawson.org.

Email ThisBlogThis!Share to TwitterShare to FacebookShare to Pinterest
Labels: John Edward Lawson, Just Kill Me, RDSP, reader experiences, The Scars are Complimentary, Year of the Reader