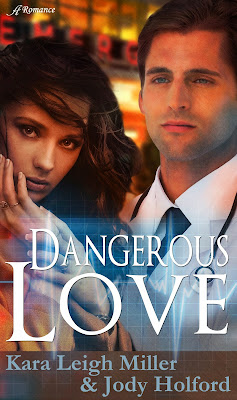 Doctor Josh Parker lives with guilt about his wife’s death every day.

He believes himself incapable of ever loving again, but when a mysterious woman arrives in the Emergency Room, brutally beaten and left for dead, he starts to feel something he hasn’t felt in far too long: hope.

Alessandra Matthews has no memory of the events that led to her being hospitalized. Worse, she has no idea who hurt her or why. Although she’s uncertain of who she is, she is fully aware of one thing—she’s falling for her doctor.

Sometimes, what you don’t know can kill you…

As Josh and Alessa work to solve the mystery surrounding her past, she soon realizes just how much danger she’s really in, but Josh refuses to let her face the darkness of her memories alone. With each of them struggling to put their pasts behind them, theirs is a DANGEROUS LOVE.

EXCERPT
The long, drawn out beep of the heart monitor silenced the room. “Call it,” Dr. Parker said, his voice strained and low with defeat.

Dr. Parker walked out of the room. Once in the hallway, he leaned against the wall and lowered his head. Losing a patient sucked, but knowing he had to go tell a waiting room full of friends and family that their loved one was dead made it much harder. He rubbed his hands over his face and blew out a long breath. The smell of antiseptic and blood still permeated his senses.

“You did everything you could, Josh,” Renee said, joining him in the hallway and patting him on the back.

“Thanks.” He smiled weakly. “I’m going to go tell the family.” Dr. Parker headed down the hall toward the bank of elevators, the sound of his dress shoes clapping the linoleum. He hated this part of his job. Working in the ER was good to keep his mind busy, but it was taking its toll. It was physically and emotionally exhausting. Not to mention, it always seemed when he was on duty, there was at least one death. He couldn’t handle much more.

Josh pushed the down button and waited for the elevator to arrive. The idea of opening his own practice was becoming more and more appealing. The doors slid open, and he stepped inside, forcing himself to breathe deeply. Pushing the button for the lobby, he made a decision to take a short break and grab some coffee, maybe a sandwich from the deli across the street.

The elevator dinged, the doors slid open, and because he had no other choice, he stepped out. As soon as he came into view, the boy’s parents stood. The patient was a twenty-year-old college student who’d been out partying with his friends, drinking, and was in a car accident that left two of his friends in critical condition and him dead. It was such a senseless waste of life and a prime example of why drinking and driving, in any amount, is harmful.

“Doctor, how is our son?” the mom asked.

Josh’s stomach lurched, making the words catch in his throat for a moment. “I’m sorry, Mr. and Mrs. Sutton, but Jackson didn’t make it. There was a lot of internal bleeding. We did everything we could.” Mrs. Sutton shook her head, denying what Josh said. Her husband’s face crumpled as he reached for his wife, pulling her into his arms. She let herself fall into him, and Josh looked away in an effort to give them some privacy. After a few moments, Josh said, “I’m very sorry for your loss. The hospital has grief counselors on staff if you’d like to meet with one of them.” His words did nothing to ease their pain, and he knew it. He knew firsthand just how empty they were, how daft and cold they sounded, but they were protocol.

With a sad nod, Josh left the family to grieve. He needed some air that didn’t taste like the hospital. Stopping at the nurses’ station, he said, “Renee, I’m going to go out for a bit. Page me if you need me.”

She looked up from the chart she read and gave him a weak smile. Concern shone from her dark, quiet eyes. She knew him well, had worked beside him many times.

“You look tired. Try to sneak in a nap.”

“Thanks.” He smiled, but there was no emotion behind it. He often wondered if he had the ability to feel emotions anymore. Ever since Laura . . . He shook her name from his mind. Thinking of her would only bring his mood down even more than it already was.

He stepped out into the cool, evening air and took a deep breath, letting his eyes close momentarily. His stomach had been in knots all night, and he didn’t know why. There was a sense of unease, restlessness coursing through his body. It was wreaking havoc on his ability to concentrate, and he couldn’t help but wonder if his lack of concentration led to a mistake in the ER—a mistake that had cost that boy his life.

“I did everything I could,” he muttered to himself, not finding any solace in the words. Josh took several steps toward the road, toward the deli when his beeper went off. “Shoot.” He jogged back inside and met the EMTs as they wheeled a stretcher into the ER. “What do we got?” he asked.

Josh pulled a tiny flashlight from his pocket and checked her eyes. They were reacting to light. That was a good sign. Unhooking his stethoscope from around his neck, he checked her heart. Slow, but steady. “Do we know her name?”

“Okay, Alessandra,” Josh said in a soft voice. “My name is Dr. Parker. You’re at Metro General Hospital. Can you hear me?”

On the stretcher, she groaned in pain. Tears fell from her bruised and swollen eyes. Dried blood coated her face. Dear God, she looked horrible, so scared and weak.

“We’re going to take care of you now. You’re safe.” Josh put his hand on her shoulder in an attempt to soothe her. It unsettled him to see this woman so shaken, perhaps more than it should. He kept his hand light on her but with enough pressure for her to register that he was there, that she wasn’t alone. “Okay, let’s get her into room four. Renee,” he motioned for her to follow, “we need to get her into a gown and cleaned up.”

At the count of three, the EMTs lifted her from the stretcher and onto the bed. Josh went about checking her from head to toe. There were several deep lacerations on her face and neck that would require stitches. There were also defensive wounds on her hands and arms. Who would do this to her? And why? The depravity of mankind would never cease to disgust him.

“Laceration above her left eye needs sutures. Abrasions on her lips, along her jaw, on her cheek.” Josh lifted her eyelids, checking her pupils against the light again. “Possible concussion.” He moved down her body, inspecting for further injury. “Ribs don’t appear to be broken, but we’ll need an X-ray to be sure.” Renee efficiently scribbled each one of them down, nodding to confirm she’d heard and noted them.

“A rape kit will need to be done.” He hated having to even think that let alone say it, but in this type of situation, it was a bleak reality. “And get a tech up here with a portable X-ray, STAT.”

He would not lose another patient tonight. He couldn’t.

GUEST POST
TOPIC: The first line of the blurb says it all—one is trying to remember while the other tries to forget. What’s it like to write the emotional journey of two people who are moving in opposite directions? Does that make the love story any more or less complicated?

What a beautiful question. Speaking on both our behalfs, I (Jody) would say the opposite directions worked to strengthen the love story. In real life, the people who stand by you, support you, and love you anyway, through the toughest times, are the ones that you can count on.

Your question captured it perfectly: Josh and Alessa are on two separate emotional journeys, but both paths are smoother, clearer because they lean on each other; because they trust each other.

There are several factors complicating their love story, but Josh’s desire to forget his past and Alessa’s need to remember hers, is the most significant. I think there are several moments in the book where both characters would like to throw in the towel and pretend the past doesn’t matter. It can’t work that way, though, because if Alessa doesn’t remember her past, she can never truly be with Josh. Likewise, if Josh continues to blame himself for the past, instead of letting himself heal, he won’t be able to offer Alessa his heart completely.

Writing these journeys can be emotionally taxing, but letting ourselves feel what the characters feel and drawing on our own personal experiences of love and loss, hopefully, enhances the story. Making both their individual and collective journeys a challenge reinforces their bond and strengthens the love that they grow to have.

The short answer is, yes. Their opposing needs in regards to their respective pasts makes life and love more complicated for Alessa and Josh. But hopefully, this also creates a story that will resonate with readers; a story they can fall into, relate to, and remember.

Our pasts shape us, but they don’t have to define us. Finding the one person that not only accepts the other, but helps them accept themselves, is what makes Josh and Alessa’s love so powerful. 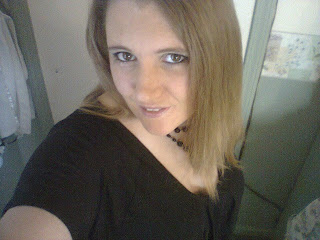 Kara lives in Upstate New York with her husband, three kids, three dogs, and three cats. When she's not busy writing romance novels that leave readers swooning, she's spending time with her family or attending one of her many writers groups. An active member of The Romance Writers of America and the CNY Writers Haven, Kara is also Managing Editor for Anaiah Press' Surge and Romance Imprints. She absolutely loves to hear from her fans and fellow authors, so feel free to drop her a line anytime! 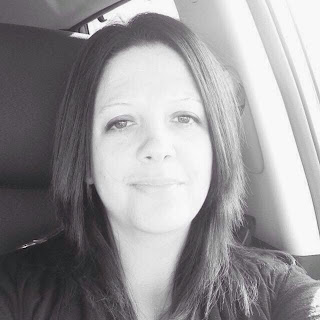 Jody lives in British Columbia with her husband and two daughters. She is a fan of Nora Roberts, Jill Shalvis, Rachel Gibson, and Rainbow Rowell. In reading and writing, she likes characters who are flawed, but driven toward the pursuit of love and happiness. In November 2013, she published A Not So Lonely Christmas with Foreward Literary. In December 2014, she published Forever Christmas through Kindle Direct.