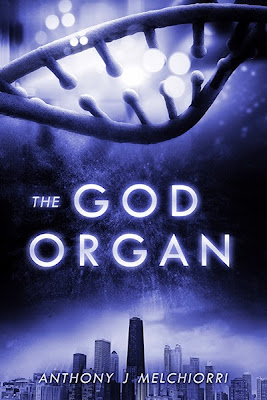 The LyfeGen Sustain is an artificial organ designed to bestow recipients with virtual immortality. Instead, its owners are dying.

In 2063 Chicago, a rapidly growing company, LyfeGen, drives a biotechnological revolution that enables people to live significantly longer lives, free of cancer, genetically inherited diseases, and even wrinkles. But these benefits are only available to those people with the money to afford these advanced technologies.

The prolonged lives of the moderately and extremely wealthy is upending the economy as job growth and opportunities stagnate, causing widespread unrest in the general populace. Threatening drastic action, extremist religious groups protest these unnatural artificial organs. Competing companies are desperate to take advantage of LyfeGen’s seemingly grim future as the chaos unfolds.

Caught in the midst of this turmoil, the inventor of the artificial organ, Preston Carter, worries that someone with no regard for human life has betrayed his company and is setting him up for failure. He is not alone in his fears.

Amid the confusion, backstabbing, and all-out assault on the biotech industry, a young bioengineer races to find the fault in the artificial organ; an investigative journalist delves into a story that will alter her career; a destitute man struggles to make a living in the biotech world, as he turns to desperate measures; and an amateur hacker infiltrates LyfeGen as she roots out the secrets of their technology. With a Sustain organ implanted in his own body, Preston must weather the perilous storm, determined to save his company and the lives of all who once trusted LyfeGen—before he’s killed by his own invention.

EXCERPT
Joel reached out to the glimmering incandescent light bulb and wrapped his fingers around it. It didn’t burn him, even when he clenched it tighter and his mind screamed at him to let go. Instinct was hard to shake. With an unquenchable curiosity, he squeezed the bulb and let out an embarrassing yelp as the glass shattered. Shards projected from his open palm as he rotated and examined his hand. Silver blood streamed between his fingers.

Stepping away from the holofield, he headed back into the main art gallery. He shook his head in quiet amusement and rubbed his hand against his black slacks. No blood actually seeped over his palm and no glass shards were embedded in his hand, but he couldn’t help trying to get rid of the mess. It was just another strange exhibit in the modern art museum, an illusion.

But the pain burning beneath his skull, making his vision swim, was no trick. He fell, his body going numb and his world going black.

~Add THE GOD ORGAN on Goodreads.

AN INTERVIEW WITH ANTHONY
-What made you want to write?

I’m not sure if I can pin down a specific reason, but I’ve been writing stories since I first learned to read and write. What inspires me to continue writing is the feedback I get from others who enjoy a book or short story I’ve read. It’s a wonderful feeling to know that someone else actually enjoys something you’ve created.

-What draws you to scifi thrillers?

I’ve always dreamed of ways to combine my love of reading and writing with my career in bioengineering. Science fiction and thrillers are the perfect genres for me to blend those two seemingly disparate subject areas. I’m free to explore technology and how it might impact people on a day-to-day or societal level. And I think partaking in creative endeavors like writing also improves my creativity when it comes to biomedical research. It keeps my mind flexible and prevents me from becoming too tunnel visioned.

In The God Organ, one of LyfeGen’s medical technologies utilize adult skin cells that have been reprogrammed into Sustain stem cells, one of LyfeGen’s patented therapies. This is something that has been well known in the scientific community, but I still think it’s amazing that we’ve been able to take adult skin cells and introduce genes that turn those cells into stem cells. That means those skin cells can potentially turn into almost any mature cell in the human body, which has spawned a whole new arena of research in tissue engineering and biomedicine.

I think Cody Warren might make a good drinking buddy. He can wax a little poetic, but he’s always got something interesting to say. Cody comes from a rough neighborhood in Chicago and earned himself an engineering degree so he’s got a great personal story. The guy’s a philosopher at heart and is apt to make conversation with just about everyone he meets at a bar. Of course, Cody is known to go on a diatribe every once in a while, so I’d probably have to keep him in check.

Make writing a habit and be willing to learn every single day. Like exercise, you’ve got to write every day to stay active and to continue improving. If you write even just 1000 words a day, you end up with 90,000 words in three months—which is often around the size of a novel. And when I say you must be willing to learn every single day, it’s important to not only observe the real world and read as much as you can, but also to critically examine your own writing. Ask for feedback from other writers and readers—constantly strive to improve.

I’d hate to say that I could never write in any single genre and would be willing to give most things a try. That being said, I certainly couldn’t guarantee I’d be equally successful in every genre! While I’m primarily writing in science fiction and thrillers, I hope to continue experimenting in those genres and in others. I think there’s much for writers to learn by writing outside their comfort zones and genre-hopping is a fantastic way to do that. 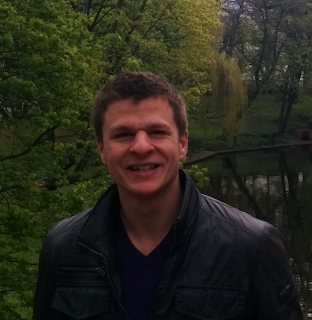 I grew up in Normal, Illinois. After a regular (it’s hard, but I refuse to make a pun of it) childhood in Normal, I left for the University of Iowa to get a degree in Biomedical Engineering. But, I couldn’t give up reading and writing and there really wasn’t enough of that in engineering (unless you’re into thick, no-thrills books on thermodynamics and polymer physics). I picked up a second degree in English while working on the Biomedical Engineering degree and have since counted myself fortunate for making that decision. Iowa City, North America’s only official UNESCO City of Literature, is a thriving hotbed of writers and readers, with some of the best visiting the city for their renowned workshop or famous authors dropping by to read a story they’ve written and chat. I had the opportunity to meet plenty of great writers and storytellers that inspired me to keep writing, even when I graduated and entered a doctoral program at the University of Maryland for Bioengineering.

Today, when I’m not writing and reading, I’m primarily working on tissue engineered blood vessels, gearing my work for children with congenital heart defects. I get to work with awesome 3D printing technologies and am always astounded by the rapidly advancing technologies coursing through the veins of universities and research settings. Much of my writing has been inspired by those advancements and my conversations with other researchers, scientists, engineers, entrepreneurs, and many others interested in our evolving world.

Join me in thanking Anthony for an awesome interview!